Kerala is blessed with beautiful backwaters. Tourists from all around the world yearn to visit the land to enjoy a relaxing vacation near its placid waters. Many also prefer a tranquil boat ride through it. But the real excitement lies in the traditional boat races of the land.

Vallam kali, as the event is called in the local dialect, is part of the culture of Kerala. In traditional events, canoes of different shapes and sizes compete against each other. The thrilling race takes the spectators to the top of excitement.  50 to 100 Oarsmen use their whole effort in perfect synchronism with the tune of Vanchipattu (boat songs). The boats charging to the finish line over the splashing water with the deafening cheers of crowds in the banks is a spectacular experience. Many tour agencies conduct the Kerala tour during the boat race season to give this rare experience to foreigners. 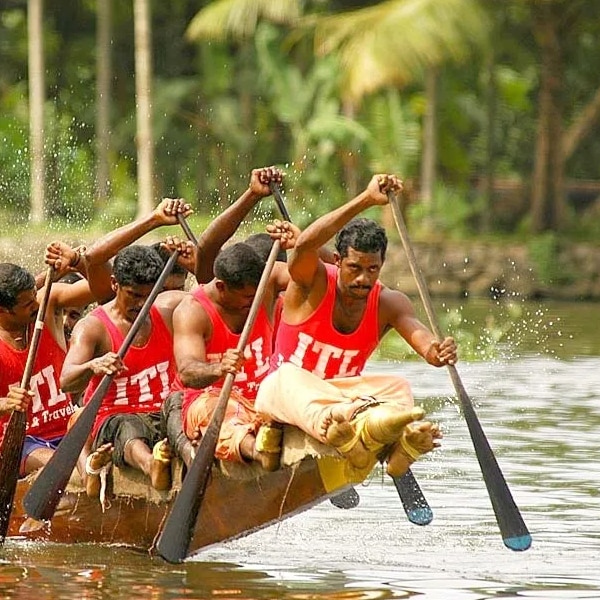 Many boat races are conducted on the land. Most of them occur during the Onam, the harvest festival of Kerala. Each event has a unique beauty and is associated with a historical or mythical event. Though all the boat races are exciting, some of them are more popular and thus they attract huge crowds. As many tourists travel from distant lands to be part of the excitement, travel agencies promote Kerala tours during this season.

Some of the famous boat races in the land are:

Nehru Trophy, named after the eminent Prime Minister of India Jawaharlal Nehru, is the most famous boat race in Kerala. Usually conducted in August during the festival of Onam, the event draws huge crowds. The race of the 100 feet long Chundan Vallam (snake boats) is the most anticipated one. Many from foreign lands attracted by the exhilarating event fix their Kerala tour around the time of this festival. The battle for the trophy takes place in Punnamada Lake in the Alleppey district.

This is one of the oldest Snake boat races in the state. It is also the first event in the boat race season in Kerala. Champakulam is a quaint village in the Alappuzha district known for the talented traditional boat designers. Each year, these architects come up with innovative ideas to increase the speed of the snake boats. Thus the race gets more and more exciting each year. Champakulam boat race t is held annually in the Pampa river, usually during the first week of August.

Held on the day of Uthrittathi asterism in the Malayalam month of Chingam, the Aranmula boat race is an ancient event. The legend has it that a Brahmin was attacked by enemies when he was delivering the Thiruvona Sadya (Feast of Thiruvonam) to Aranmula Sree Parthasarathy temple. But the snake boats from the surroundings rushed to his rescue and chased away the enemies. From that day, a traditional boat race was established to commemorate the incident. The specially designed boats used for this race are called Palliyodams.

Another famous race is the Payppad boat race. It is held in the Payppad river in Alappuzha. Race boats from all over Kerala come to the village for the occasion. It is hence one of the events with high participation. According to the legend, the residents of a village saw a vision in which they were asked to go near a whirlpool in Kayamkulam lake. Upon arriving at the said spot they found a beautiful idol of Sree Subramanya, the Hindu deity. So they built the Subramanya Swamy temple. The Payippad boat race commemorates this event.

The boat race in Thazhathangadi started in 1887. The Diwan Peshkar (District Collector) Mr. T. Ramarao took interest in the event and did everything in his power to popularize it. At the time the Travancore royal family sponsored the event. The race came to a halt for almost 12 years from 1986. Later the Gas Authority of India Limited revived the event by sponsoring it. Today it is conducted annually under the aegis of the Kottayam West Club in association with the Kottayam municipality. A great many crowds throng the banks of the Meenachil river, to witness the exciting event. 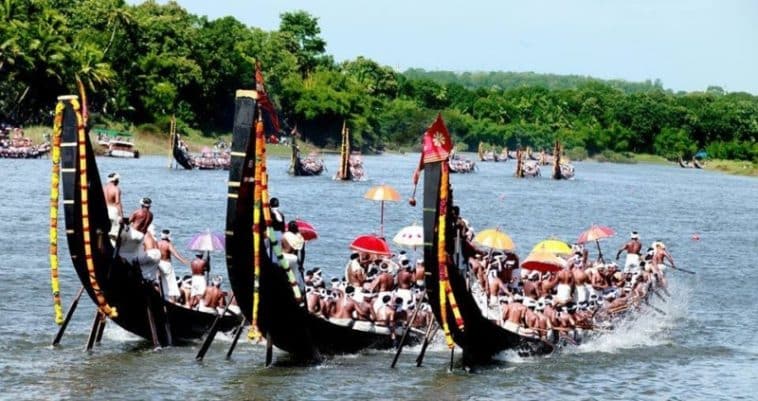 Held in November in the Ashtamudi lake, the President’s trophy is an event as popular as the Nehru trophy boat race. People from far and wide come to the spot to cheer the oarsmen. Conducted in November, it is one of the last races in the boat race season in Kerala. This makes the event special. Boat race enthusiasts would not miss the event as they have to wait for another year to experience the thrill again.

Held on the Uthradam day of the Onam season, the Uthradam Thirunal boat race is a nostalgic event for the people in Kerala. Every year boat clubs from all over Kerala come to the river Pamba with their expert rowers. They compete with great vigor to bag the K.C Mamman Mappillai Trophy, instated in memory of the eminent journalist and founder of Malayala Manorama newspaper. As the event is conducted close to the Onam festival, many on their Kerala tour get to witness the event. Thus it is one of the races which has the most tourists from other countries.

Boat races are exciting events intricately linked to the culture and tradition of Kerala. If you want to know the culture of the land and feel the elation of the event, synchronize your Kerala tour packages with the boat race season. You will not regret it.

How Kettuvallams (Houseboats) Originated in Kerala?

11 Traditional Kerala Sweets: Get Ready for a Sugaracious Journey in Kerala

Tourism after flood in Kerala