Festivals and folklores of a land proclaim its indigenous culture and tradition. It also marks the time for relaxation and celebration. The festivals improve the total mood of the people and make them more jovial. As a land with a pluralistic culture, Kerala celebrates many religious and non-religious festivals. From Vishu to Eid-ul-Fitr and Christmas, every religious event is a state holiday in Kerala and is celebrated alike. In fact, these fiestas act as the glue in society as it improves the harmony and oneness between different sects of people.

Most important festivals in Kerala

Though the land revels in many local festivities, some events transcend all the boundaries and are celebrated by all Keralites. These events are not only occasions for merriment but also reinforce the ancient traditions and culture in people. For those caught up in the hectic work schedule in Kerala, they also provide much-awaited holidays.

Some of the most important festivals in the land are: 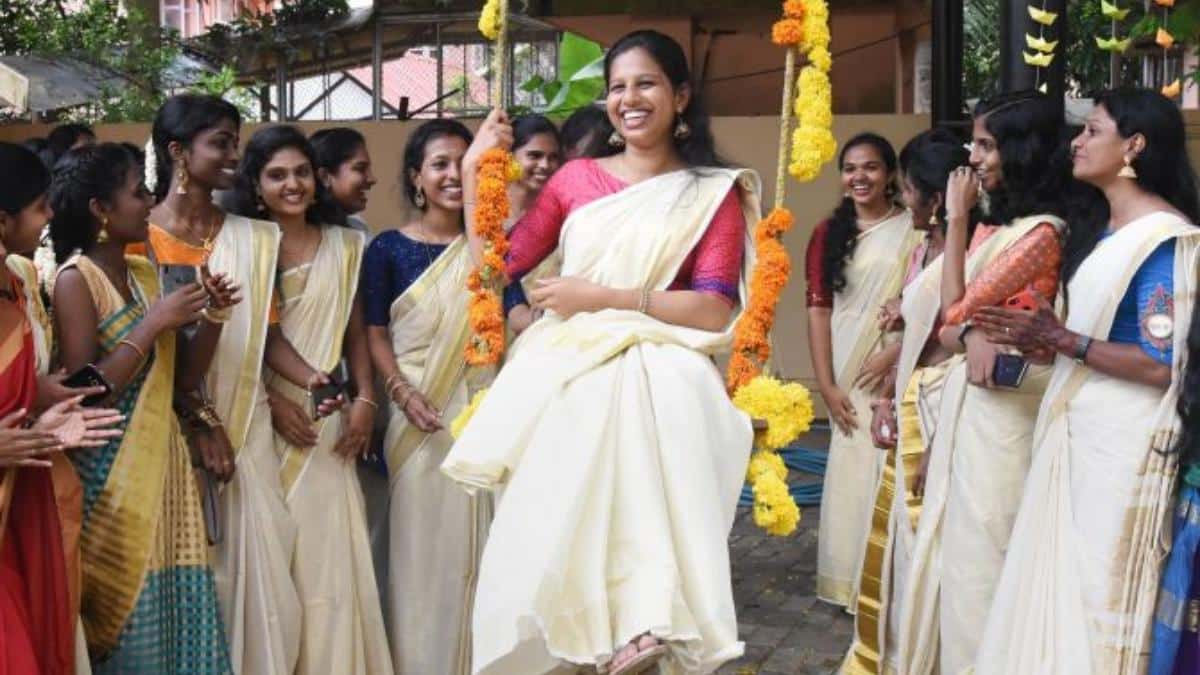 Falling in the summer season, Vishu is a very important festival in Kerala, second only to Onam. Keralites believe that the day determines how the whole year is going to be. Hence they follow many customs to make it special. The day starts with ‘Kani Kanal‘, viewing the beautifully prepared collection of flowers, fruits, and so on. Elders of the family give ‘Kai Neetam‘, a small amount of money, to the children. Everyone in the family sits together and enjoys  the special meals prepared. If you are in search of the harvest festival of Kerala then it is Vishu.

Attukal Pongala is a festival celebrated by the women in Kerala. It shows the prevalent gender equality in the land. A sweet dish called Pongala is prepared using boiled rice, jaggery, and coconut. It is blessed by the deity Attukal Devi and taken back home where it is consumed by everyone together. The occasion is a holiday in some localities in Kerala. The festival also holds the record for the largest female crowd in the Guinness Book of World Records. It took place on February 23, 1997, when 1.5 million women turned up for the event.

Thrissur Pooram is one of the most exciting events in Kerala. Though it is the festival conducted in the Vadakkunnatha temple in Thrissur district, it is celebrated by every Malayali. People from wide and far come to Thekkinkad, the festive spot, to witness the fireworks. A day-long Panchavadyam, an orchestra using traditional instruments, is a major attraction. Adding beauty to the event, 30 to 50 elephants wearing accouterments line up for the Pooram. Thus the festival proclaims the tradition and culture of the land.

Dating back to almost 800 years, Theyyam is a traditional ritual form of worship associated with the temples in Northern Kerala. The performer clad in bright colors and paints portrays the event or life of some god. It is believed that the deity manifests himself through the artist. The dual personality traits displayed in the dance form attracts people from around the globe. Many foreigners take up the study of the art form as it arouses the interest of psychologists, anthropologists, and historians alike.

If you love to enjoy the jovial mood while on your Kerala tour, make sure to visit the land during these festival seasons. You will get to know the lifestyle and culture of the land. The merry atmosphere of the festival adds to the virgin beauty of Kerala, God’s own country.

You will be able to imbibe the culture of the land better if you plan your tour to Kerala during celebrations like Onam, Vishu, Thrissur Pooram, Attukal Pongala, and Theyyam. It would enhance the mood of the whole trip.

Navaratri Festivals- Celebrate The Victory Of Good Over Evil

Diwali – The Festival Of Lights

Well written blog, Thank you so much for sharing. I have found it extremely helpful. Good work, keep going