Ramayana has great significance in Hindu mythology. The Ramayana tour in Sri Lanka is a stunning opportunity to experience mythology. This tour is popular among local and international tourists. The significance of Sri Lanka's attractions is not only its historical importance but its alluring charm as well. This blog explains the places to visit during your religious trails on this stunning island.

Chilaw is one of the largest and beautiful towns in SriLanka. This town is famous for 3 C's Crabs, Coconut, and Coreas( freedom fighters including Charles Edgar and Victor Corea). The religious importance of this town is mainly because of Manavari and Munneswaram temples, which are an important part of the Ramayana tour.

Trincomalee is famous for its white-sand beaches and Thiru Koneswaram temple. The temple situated on the Swami Rock cliff is an amazing place to rejuvenate your mind, body, and soul. It is believed that the temple was constructed by Agastya Rishi under the instructions of Lord Shiva. Later, Lord Rama built a second lingam to remove doshas.

Kandy is a UNESCO heritage site. It is not a Ramayana site but there are temples with historical importance including the Temple of Tooth Relic. This temple is famous for the remnants of Buddha including a beautiful golden statue of Buddha, tooth relics. The vibrant ambiance of the place will soothe your soul.

Ramboda is a serene village located in the Central Province of this island. The main attraction of this place is the waterfalls with 109m height.  The Sri Baktha Hanuman Temple constructed by Chinmaya Mission is a major attraction of the place. It is believed that the temple is constructed on the hills where Lord Hanuman has begun the search for Goddess Sita. 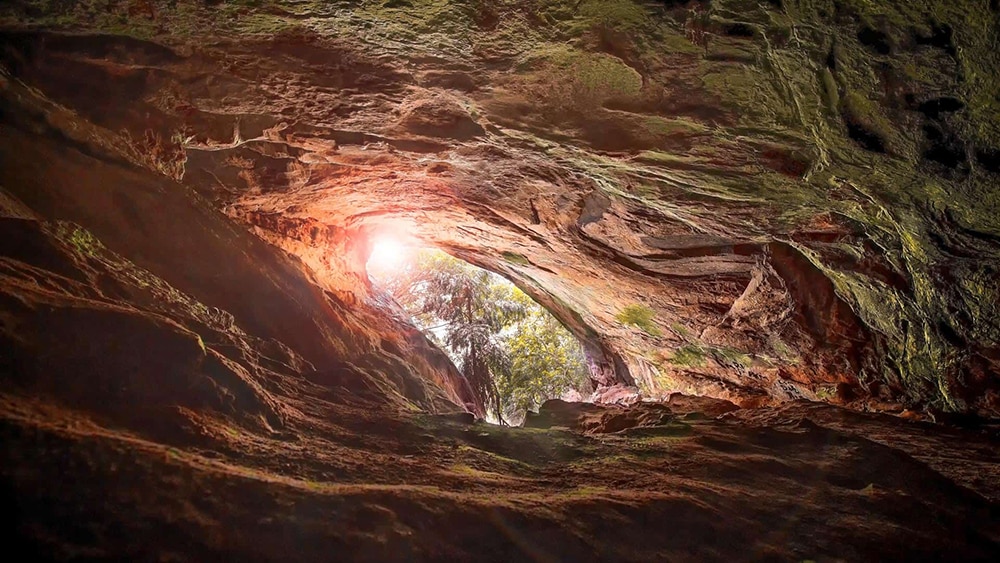 Ella, a small town in Sri Lanka holds an important place in the Ramayana tour. The town has two main attractions namely;

Ravana Ella Falls And Ravana Caves. The Ravana waterfalls are 1080 ft high and are a very attractive place for touring. It is believed that the falls and caves were inhabited by Lord Ravana. These attractions are a haven for nature enthusiasts and adventure-seekers.

Colombo holds a special position in any world tour. The city has two temples which are an important part of the Ramayana story. The temple of Anjaneya is world-famous for the Chariot of Anjaneya and the Kelaniya temple, where King Vibheeshana was crowned after the death of King Ravana.

Hasalaka is known for it's two main places. These two places hold a special place in Ramayana. Seetha Kotuwa and the palace of Queen Mandodari are the two major attractions of Hasalaka. It is believed that Seetha Kotuwa is the place where Seetha Devi was held in captivity.

Kothmale is an amazing place that is significant in Ramayana history. As per the history, Seetha Devi dropped rice balls and today most of the local shops serve rice balls named Sita Goli to cure stomach disorders. Other attractions of Kothmale include Kadiyanlena Falls, Devon Falls, and Kotmale Dam.

A small village named Nilavara, Jaffna in Sri Lanka is important in the timeline of Ramayana. The village is known for the water spring created by Lord Rama. The main attractions of Sri Lanka include Ussangoda, Rumassala, Ritigala, Sreenigma Temple, Ramboda water, and more. These places should be included in your Ramayana Tour for an unforgettable vacation.

Planning a Ramayana Tour? Check our world tour packages for an exciting trip!

Sri Lanka is one of the most beautiful places for a World Tour. This destination is known for its historic importance and natural beauty. The charm of Sri Lanka lies in its lush green landscapes, beaches, and sanctuaries. The beaches of Sri Lanka are known for its eye-pleasing scenery and…

I'm Interested
We use cookies to ensure that we give you the best experience on our website. If you continue to use this site we will assume that you are happy with it.OkPrivacy policy